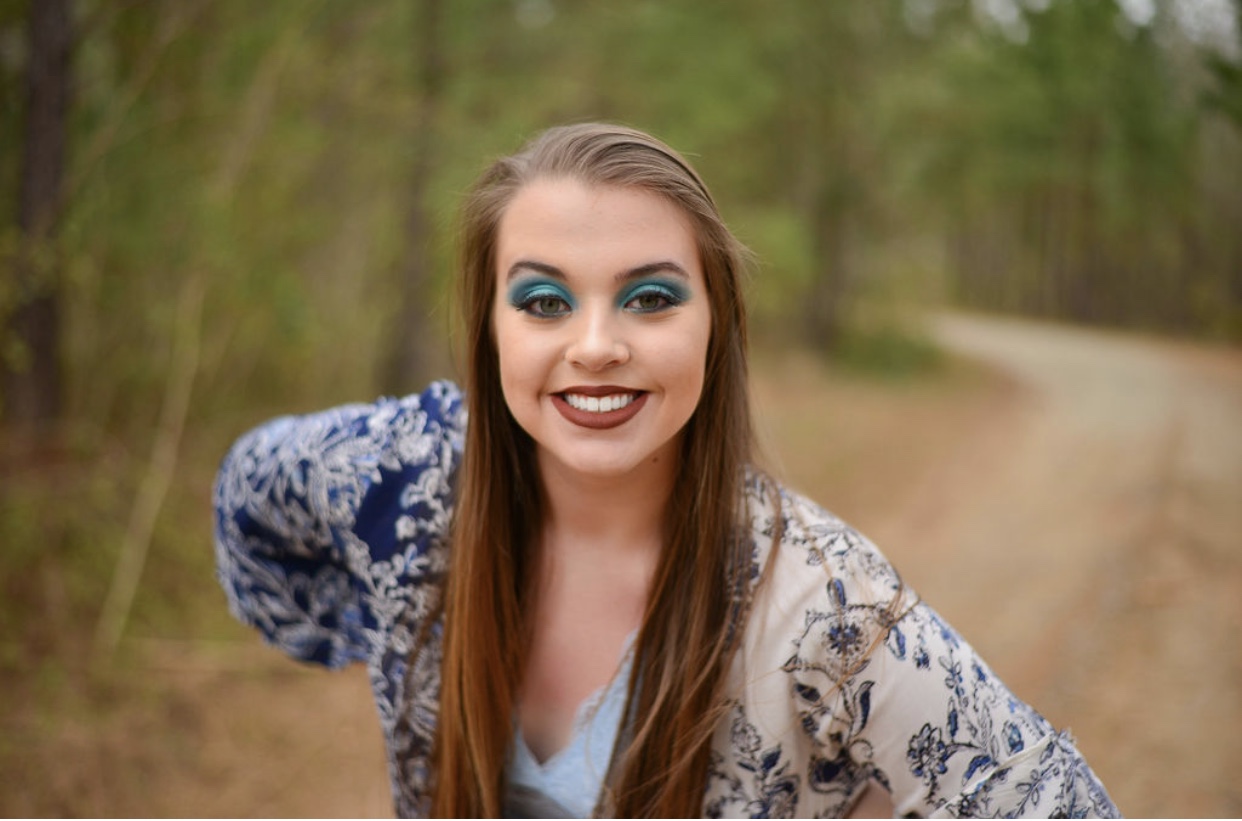 Sadie Wicks is a first-year NRE student from Roberta, Georgia who was drawn to the major for a variety of reasons. In this Q&A with student assistant Angel Garcia she talks about why she chose nuclear engineering, the benefits of Greek life, her involvement with professional organizations, and her passion for racing cars, which she has been doing since she was just eight years old.

Out of all of your options, why did you choose Georgia Tech?
I chose Georgia Tech because Tech is simply the best. I knew Tech would push me to my greatest capabilities and help me start a great career after finishing my education.

What attracted you to NRE as a major?
I was attracted to NRE because it was something that stood out to me and a field I knew would grow in demand around the world within the next 10 years. I first connected with NRE when some of my close family and friends were struggling with cancer. I saw that Tech offers a medical physics route and automatically felt like it was something that was meant for me and a field that held a lot of opportunity for innovation. I thought medical physics was the route for me until I attended a career fair in the summer during iGniTe and learned more about the nuclear side. Now that has my interest as well.

What do you see yourself doing in the future within your career?
In my future career, I see myself working for a national lab or for the Department of Homeland Security or something government-related in the field of nuclear security and maintenance of the nuclear stockpile.

What was something that surprised you about your major?
It is a rather funny story. As everyone knows, Georgia Tech’s founding major was mechanical engineering. With NRE being a part of the Woodruff School and partnered with Tech’s main major, I thought there would be a lot of NRE majors. It turned out, this was not the case at all. It is more like the complete opposite. During the Week of Welcome on campus and meeting most of my peers, the typical conversation starter of “What is your major?” ended up being an actual conversation starter instead of a formality. When I said “Nuclear and Radiological Engineering” people often looked at me and said “What? There’s such thing? We have that here?” That is when I realized there weren’t a lot of us. I like that it's a small, unique major.

What resources that Tech provides do you find particularly useful?
Tech offers a plethora of resources that I find useful. I would have to say my favorite resource is the online library and access to texts that I would not be able to find anywhere else considering that I used it to its fullest potential in one of my public policy classes last semester. I do have a secret- my most valuable resource that Tech offers is on the bottom floor of Price Gilbert, and that is Blue Donkey Coffee.

Why are you interested in joining the American Nuclear Society, and what is that process like?
The American Nuclear Society interested me because it really makes the most of NRE. Between taking field trips to Savannah River National Labs and bringing students together to collaborate on ideas, it’s a great way to learn more about nuclear engineering as a major and as a career path. 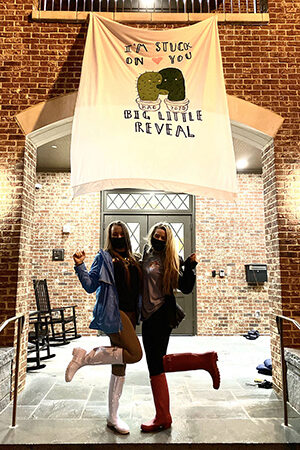 How have you liked Greek life?
I am the first generation in my family to join a Greek organization, and honestly, I never saw myself rushing, let alone pledging to join a sorority. I was skeptical when I first pledged during the pandemic because I was afraid that I would not get the experience and community I wanted out of it. Now, I am glad that I have joined Greek Life because even in the midst of the pandemic, the sense of community is still there because we are all going through the same experience of online school and still handling the same rigor, if not more. I have learned that we are all there for each other and here to help each other out mentally, physically, and educationally.

What opportunities and experiences have you had due to your involvement in Kappa Alpha Theta?
I have experienced that being in Theta has opened doors to me in career fields by being able to connect with recruiters who were part of Greek Life or were possibly in Theta, too. With Covid, we have not gotten to hold philanthropy events for CASA (Court Appointed Special Advocates) like we usually do, but we have still found ways to raise awareness for it otherwise. Not only in Theta, but with other sororities on campus, we have been able to connect and support each other for each sorority’s Founder’s Day. I have gotten to meet some of my other sisters by going to lunch or to study in small groups.

In your time here at Tech what’s the thing that you’ve found the most enjoyable?
In my time at Tech, the one thing I enjoy most is getting up and going to Crosland Tower or Price Gilbert and grabbing Blue Donkey and sitting and taking in the views of Atlanta while getting ready to start class. I have definitely enjoyed having one of my NRE classes in person.

What got you into driving race cars?
Truth be told, I never got into driving racecars, I was born into them. As a third- generation racer, I have grown up and lived and breathed being at a racetrack. I was never pressured into driving cars, but growing up around them, I couldn't resist. When I first started racing, I was eight years old. I started out racing junior dragsters until I was seventeen and then made my way up to a full scale dragster. In addition to my dragster, I have a 1990 Fox-body Mustang.

What organizations do you race with?
Overall, the main Association that I race with is the NHRA (National Hot Rod Association). I've also raced in the Midwest Junior Super Series in locations ranging from St. Louis, Missouri to Martin, Michigan to Indianapolis, Indiana, and a few other places. Another organizaton I've raced in is the PDRA (Professional Drag Racers Association), which has some of the coolest and fastest machines on the planet. I've been racing for almost 12 years and have no intentions of slowing down, aside from when school work forces me to.

What's one of your favorite things about racing?
It's been really cool to be able to travel everywhere and race. I have been from Michigan to Florida driving cars for myself and other prestigious teams within the race world.

Finally, in your opinion what is the best thing about NRE?
There are under 100 NREs in the undergraduate curriculum here at Tech. Coming to Tech from a small town with a population of approximately 1000 and everyone greeting each other by name, I was afraid of just being another student here to get an education and not getting to meet the amazing professors and mentors here to prepare students for their careers. In the NRE department, professors call you by name and remember who you are. If you need a recommendation for a job, a question that needs to be answered, or have an idea for research, NRE professors like Dr. Biegalski are all ears. The community that comes with being an NRE student cannot be replicated or replaced.