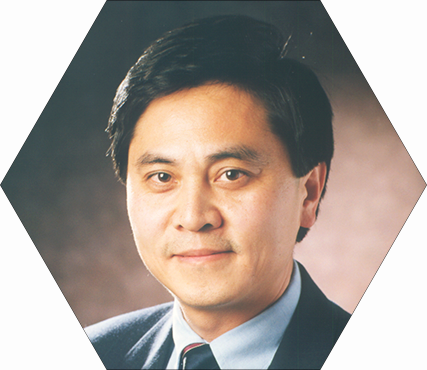 Dr. Wang recently developed a nanodosimetry-based biophysical model for predicting survival fractions of cells that have been irradiated with various types of ionizing radiation.  This model is being fine-tuned to make it applicable to radiation therapy modalities using neutrons and carbon ions.  The model is also being expanded to include chromosome aberrations as the end point so that it can be used to predict cancer risks for low dose exposure.
Dr. Wang has worked for many years with the Oak Ridge National Lab (ORNL) and recently succeeded in producing a new generation of miniature high-intensity Cf-252 sources for neutron brachytherapy (NBT) for treating radioresistant cancers.  He is currently working on a dosimetry protocol for calibrating and characterizing the new-generation Cf-252 NBT sources.

Dr. Wang has also been working on a new type of neutron detector that employs gas electron multipliers (GEM).  This new detector has a plate-like geometry as opposed to the traditional cylindrical or spherical geometry.  The major advantage is that many GEM-based detectors can be stacked together to significantly increase detection efficiency.  As such, applications of the detector are being proposed for radiation protection and homeland security.