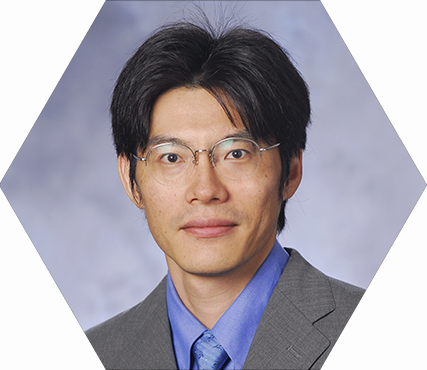 Dr. Ueda begins at Georgia Tech in May 2008 as Assistant Professor. Before Georgia Tech, he was a Visiting Scholar and Lecturer at MIT, where he worked on the development and control of cellular actuators inspired by biological muscle. He developed compliant, large strain piezoelectric actuators and a robust control method called stochastic broadcast feedback.

From 2002-2008 he was Assistant Professor at Nara Institute of Science and Technology in Japan, where he led a research group dedicated to dynamics and control in robotics, such as robot hand manipulation, tactile sensing, and power-assisting.

From 1996 to 2002 and prior to obtaining his Ph.D, he worked at the Advanced Technology R&D Center of Mitsubishi Electric Corporation in Japan. Here he was involved in a variety of activities including disk drives, machine tools, and satellite tracking antennas. His Ph.D. work at Kyoto University was on the end-point control of a robot manipulator mounted on a nonrigid base. He studied feedback control robustness in terms of the coupling of the arm and base dynamics.

The goal of Dr. Jun Ueda’s research is to expand the capability of actuation technology for fast, precise and robust motion control that can enhance human motor functions. His research achievement is twofold: 1) basic research to understand and characterize novel hierarchical cellular actuation principles inspired by biological muscles and to advance the potential of piezoelectric, pneumatic, and non-conventional electromagnetic actuators and transmission mechanisms; 2) applied research to integrate new actuators into surgery, physical therapy, and worker assistive technology where traditional actuators are not fully applicable. His research has developed theories to mathematically model the interaction between actuators and other dynamic components such as sensors, mechanical structure, control algorithms, and human factors, for effective integration of intelligent robotic systems. Dr. Ueda’s actuator research has been broadly applied to other disciplines such as biomedicine, computer vision, micro-electromechanical system (MEMS), search and rescue (SAR), and manufacturing, which allow his collaborators to explore new concepts to advance engineering and science in the areas.