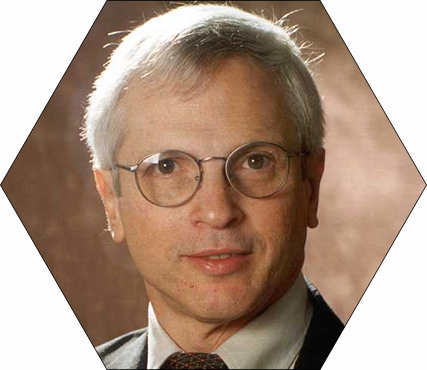 Dr. Rogers began at Tech in 1983 as a Professor. Prior, he was with the Naval Research Laboratory and the Office of Naval Research. 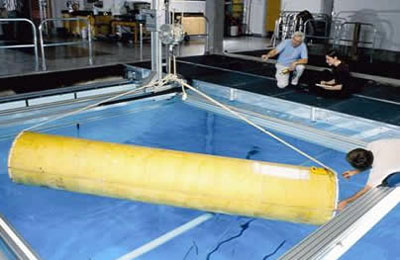 Dr. Rogers' research is primarily in the area of underwater acoustics and its application to sonar, submarine warfare, physical oceanography, marine biology, and medicine. His largest project, funded by the Navy, is the development of a radically new concept for hull mounted submarine sonar arrays which was invented by Dr. Rogers and his group.

The system, which uses motion sensors mounted on a compliant hull coating rather than the conventional hydrophones, is expected to be used on later versions of the new attack submarines currently being developed by the Navy. Other sonar work includes the development of a high-power, low-frequency acoustic source for the Defense Advanced Research Projects Agency for use as an off-board projector for a shallow water active submarine detection system. In the area of applications to submarine warfare he is studying the effects of coatings on submarine radiated noise and target strength (submarine "stealth").

In the area of physical oceanography his group completed joint at-sea experiments in the Yellow Sea with several laboratories of the Chinese Academy of Sciences and the Applied Physics Laboratory. The object of the experiment was to measure the effect of internal waves in the ocean on shallow wave acoustic wave propagation. (An internal wave is a very large amplitude gravity wave which propagates at the interface between a layer of warm water overlying a layer of cooler water. In the Yellow Sea the water temperature can change by as much as ten degrees centigrade over a depth of just one meter. The interface between the warm and cold water can move up and down by as much as 15 meters as the internal wave passes. His group predicted that these waves can drastically affect the propagation of underwater sound in shallow water.) This phenomenon is also being studied in the laboratory.

In the area of marine bioacoustics, studies are being done on how fish use sound and how a fish's auditory system functions. The acoustic startle reflex in fish is also being studied. In response to a sudden loud noise fish exhibit an escape reflex. The reflex, which does not involve the brain, causes the fish to move away from the source of the noise. His group is trying to determine how the fish knows which way is away from the source.

In the medical applications area, Dr. Rogers and his group are looking at the use of underwater resonance of the lung as a therapy modality for cystic fibrosis victims. They are also looking at possible harmful effects of high power sonar on swimmers and divers.

In addition to work in underwater acoustics, Dr. Rogers also has an Army-funded project joint with the School of Electrical and Computer Engineering to study the combined use of radar and acoustics to detect buried land mines. The approach being taken seems promising. Finally, research is also being done in human hearing with an application to audio signal processing for a reverberant environment.