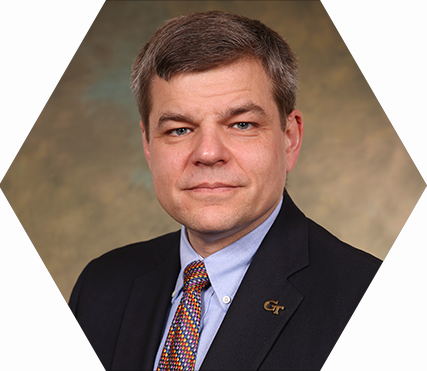 During 2012-2013, Dr. Kurfess was on leave serving as the Assistant Director for Advanced Manufacturing at the Office of Science and Technology Policy in the Executive Office of the President of the United States of America. In this position he had responsibility for engaging the Federal sector and the greater scientific community to identify possible areas for policy actions related to manufacturing. He was responsible for coordinating Federal advanced manufacturing R&D, addressing issues related to technology commercialization, identifying gaps in current Federal R&D in advanced manufacturing, and developing strategies to address these gaps.

Professor Kurfess has served as a special consultant of the United Nations to the Government of Malaysia in the area of applied mechatronics and manufacturing, and as a participating guest at the Lawrence Livermore National Laboratory in their Precision Engineering Program. He has testified in a number of patent cases, including testifying at the International Trade Commission (ITC). He currently serves on theBoard of Governors for the American Society of Mechanical Engineers (ASME), the Board of Directors the National Center for Manufacturing Sciences (NCMS), and the National Center for Defense Manufacturing and Machining (NCDMM), and on the Board of Trustees of the MT Connect  Institute. He served on the Board of Directors for the Society of Manufacturing Engineers (SME). He is the President of the Society of Manufacturing Engineers. His research focuses on the design and development of advanced systems targeting the automotive sector (OEM and supplier) including vehicle and production systems. He has significant experience in high precision manufacturing and metrology systems. He has received numerous awards including a National Science Foundation (NSF) Young Investigator Award, an NSF Presidential Faculty Fellowship Award, the ASME Pi Tau Sigma Award, SME Young Manufacturing Engineer of the Year Award, the ASME Blackall Machine Tool and Gage Award, the ASME Gustus L. Larson Award, an ASME Swanson Federal Award, and the SME Education Award. He is an elected member of the National Academy of Engineering, and a Fellow of the AAAS, the SME and the ASME.

Dr. Kurfess' research focuses on the design and development of advanced manufacturing systems targeting complex product production and optimization. He has significant efforts underway in advanced and high precision manufacturing and metrology systems, as well as national and international manufacturing policy issues.