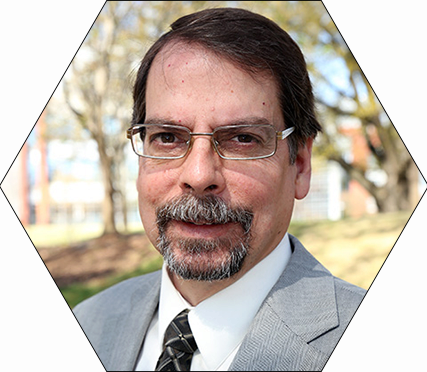 Dr. Ferri began at Tech in 1985 as an Assistant Professor.

Dr. Ferri works primarily in the area of structural vibrations and on the interface of vibrations with other areas such as nonlinear dynamics, controls, acoustics, and tribology. Much of his research has involved the role and use of friction to enhance damping in vibrating structures. Friction plays a crucial role in many structural applications, such as turbine-blade vibration, truss and frame structures, and isolation systems. He has also investigated the use of semi-active friction devices in shock and vibration control. The term semi-active implies that feedback control is used to change the friction damping properties in real time in response to excitation and vibration conditions. He has developed passive and semi-active mounts designed to isolate and protect equipment platforms on submarines.

Recently, Dr. Ferri has studied the use of dither to cancel friction-induced oscillations. An ideal application of this technology is to brake systems, where high-frequency forces can be applied to the brake pad in order to eliminate brake squeal. In the area of diagnostics and prognostics, Dr. Ferri has studied the detection of cracks in helicopter transmission components as well as failures in automotive electric power generation and storage (EPGS) systems. He has also conducted research in the areas of fluid-structure interaction (FSI) for submerged elastic structures and for aeroelastic systems. These numerical efforts have relied on the coupling of finite-element models with boundary-element methods and with finite-difference schemes.

Dr. Ferri's research has received funding from a number of sources including: Honeywell, Inc., the National Science Foundation, NASA, The Air Force Office of Scientific Research, the Office of Naval Research, and General Motors Corporation. Since joining the School of Mechanical Engineering in 1985, he has taught a wide variety of classes in dynamics, modeling, control, numerical methods, and vibrations.